Vivaldi: Summer, with Voices of Music

Vivaldi: Winter, with Voices of Music

Ensembles and projects, both ongoing and upcoming 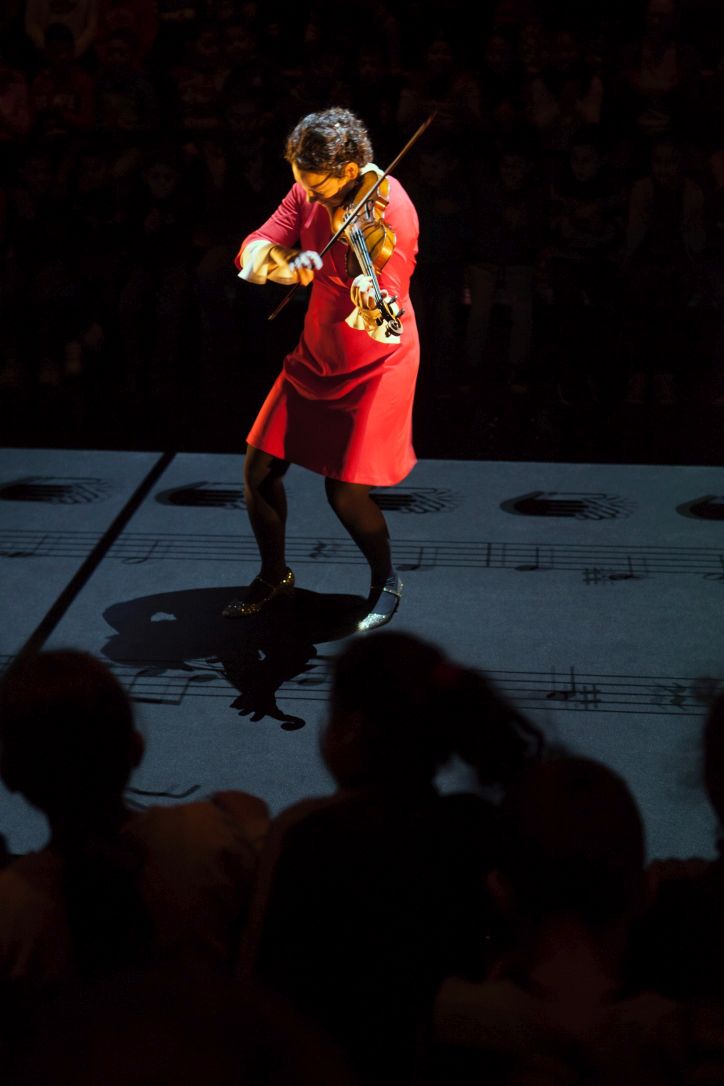 This has been an incredible journey into the world of Bach and the violin – through video, soundscape, the music of Bach and the arrangements of Piet-Jan van Rossum. Developed by the Belgian Zonzo Compagnie expressly for children, with many performances for families and school groups all over Europe stretching in to next season. See Zonzo Comapagnie for more information. Read a Belgian review of the program here.

David Tayler and Hanneke van Proosdji made a name for early music on YouTube with stunning HD videos of tons of beautiful repertoire on historical instruments. I went back in March to perform and record as a soloist on another of Vivaldi’s seasons. See Voices of Music for more information.

Bay Chamber concerts in Rockport, Maine presents a five part lecture demonstration series where I put my journey with the Bach partitas and sonatas in the context of the earlier solo violin repertoire and other composers of the time. Westhoff, Telemann, Vilsmayr, and some of my own composition and improvisation.

Valley of the Moon

Happy to be going back to Sonoma for the chamber music summer festival which specializes in performance of classical repertoire on period instruments. This year we delve into Schumann and his world. A rare treat to play Clara Schumann Romances and Schubert E♭ piano trio with fortepiano from the time. More information here. 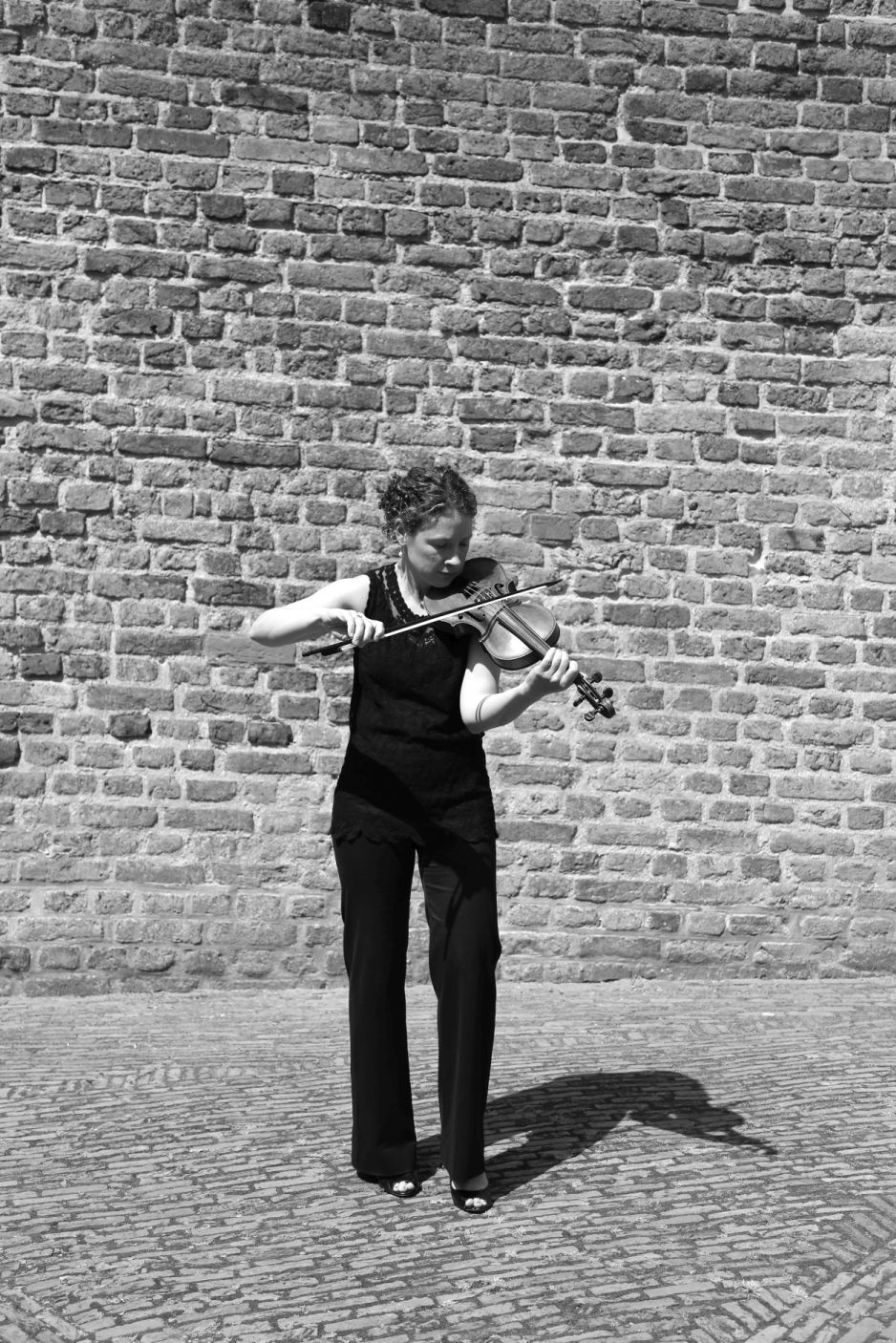 Cynthia Miller Freivogel is the leader and concertmaster of the Baroque Chamber Orchestra of Colorado and of the ARTEK chamber orchestra (New York)and Combattimento (the Netherlands) where she is also co-artistic director.

She has enjoyed collaborating both with visual artists and dancers, working to create new experiences around early music for audiences. She performed with Zonzo Compagnie (Belgium) in the multimedia production 3ach for young audiences and their families, developed stories around the solo violin partitas and sonatas of Bach with Broken Box Mime Theater and led the Baroque Chamber Orchestra newly choreographed works of by Garrett Ammon and Sarah Tallman of Wonderbound, blending contemporary ballet with early music.

As a solo artist, she is known on YouTube as the Vivaldi “Winter” soloist with Voices of Music. She also has been heard playing Beethoven Triple Concert with Philharmonia Baroque, Biber at the Berkeley Early Music Festival, and the Vilsmayr Partitas at the Utrecht Fabulous Fringe. Ms Freivogel has been featured playing solo Bach at the Seizoen Oude Muziek Bach Days, at Bach-Sommer Arnstadt and Rockport Chamber Music Festival (Maine).

She is a frequent guest leader and concertmaster for groups all over the world, including Handel and Haydn Society (Boston), Concerto Köln, Concerto d'Amsterdam, Trupe Barocca (Brazil), Joshua Rifkin's Bach Ensemble at the Stockholm and Antwerp Early Music Festivals, as well as in the Hague with Collegium Musicum den Haag and Voices of Music.

Ms. Freivogel has played with chamber orchestras from the west coast to the east coast and now in Europe, including with Vox Luminis’ orchestra, Holland Baroque Society, Amsterdam Baroque Orchestra, American Bach Soloists, Apollo's Fire, Portland Baroque, Handel and Haydn Society, and Boston Early Music Festival Opera. While living in California, she was a tenured member of Philharmonia Baroque Orchestra.

Ms. Freivogel received a BA in musicology at Yale University and an MM in violin performance at the San Francisco Conservatory. She studied principally with Camilla Wicks and Marylou Speaker Churchill, and is a dedicated and certified Suzuki teacher. She lives in Amsterdam with her husband Ben, a theoretical physicist at the University of Amsterdam, and son Eliot. 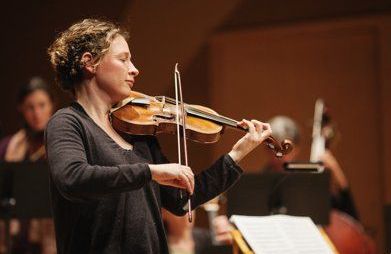 Memorable among those voices ... the clear-voiced and expressive violin of the concertmaster Cynthia Freivogel
The New York Times

Martin Davids and Cynthia Freivogel in two of the fugues ... the parts weaving seamlessly and the interaction of the players conveying a raw pleasure in the separation and division of the parts.
Anne Inglis, Strad Magazine

Cynthia Miller Freivogel ... excelled in the bravura passages, through the stateliness of the (second) Vivace to the peaceful closing movement, a Pastorale with a delicate, playful ending.
San Francisco Classical Voice